Just back from some exploring around Krabi town (number 3 on this list), but first the second half of my Myanmar journey.

After the infamous night out in Bago (see last post)  we woke up way too late for the morning bus. Luckily our weird rule for this holiday was we could never use the same way of transport twice, so we asked the cousin of the guesthouse-owner to drive us to next stop Hpa-an, and we hadn´t done that before.

After a 4-hour ride we arrived late in the afternoon to find the only guesthouse in the lonely planet full, but after walking around a bit we found a small hotel run by a Chinese woman, who gave us the advice to cross the river and climb a small but steep hill to see the sunset…

This view was on the other side of the river from Hpa-an with sacred Mt. Swegabin in the back. A fisherman took us there, but the last boat was going back at 18h, just before sunset. So after some explaining (hardly anyone on this travel spoke English) we got him to come back at 19h, which was a smart move as we met some other backpackers up there who had to go back early and missed a beautiful sunset view.

Like all hilltops around Myanmar this was crowned by a pagoda and halfway up the climb lived a friendly monk with his dogs. 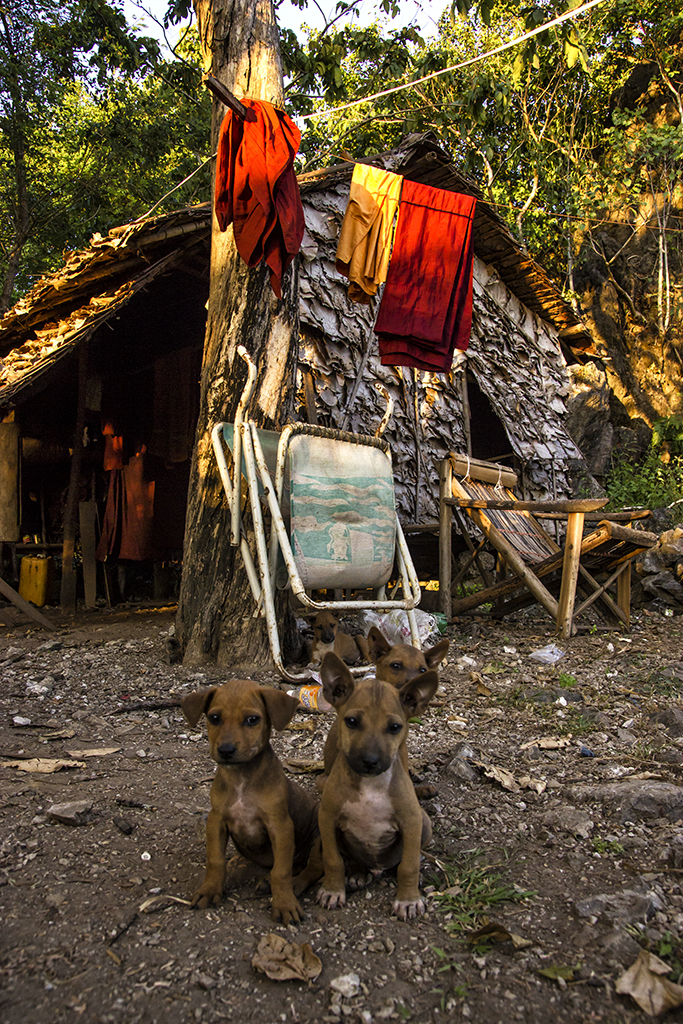 After a dark crossing over the river under the stars, we spent the night with the other handful of backpackers in town and next morning strolled through the old part of town where the villagers were playing Chinlone, the national sport of Myanmar.

We met up with our tuktuk driver who would take us on a half-day tour to several sights amidst all the ricefields, steep limestone mountains and wooden shacks. My favorite part was a visit to the Sadan cave with its entrance filled with pagodas and Buddhas including the skinniest I ever saw.

After going past a big reclining Buddha we went through the pitchblack cave to find
a little piece of paradise on the other side. 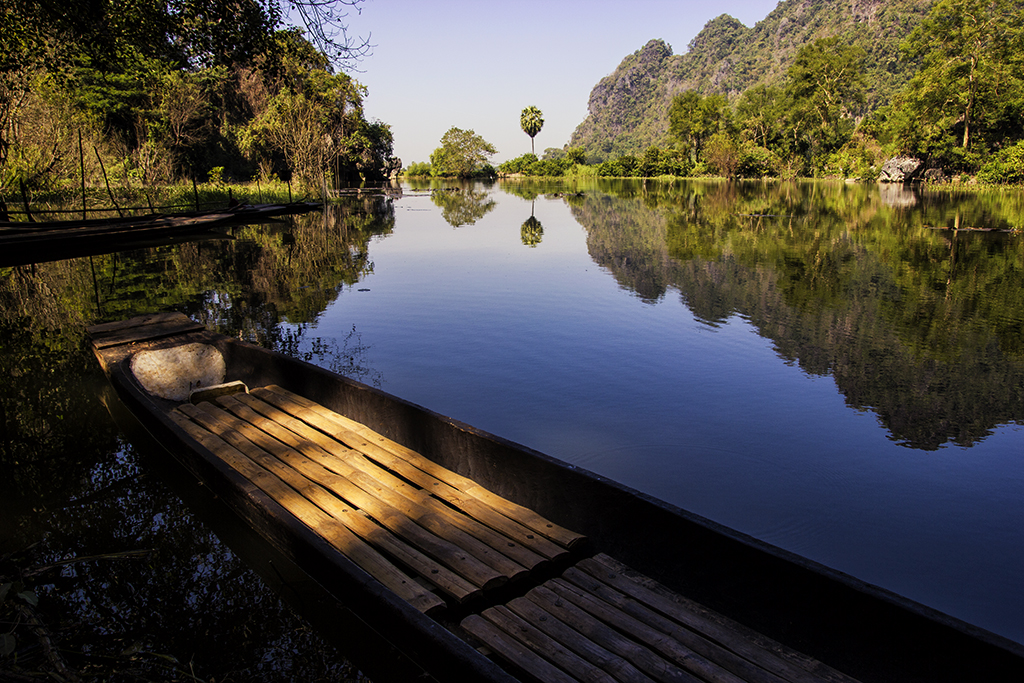 This boat was going to take us back via an underground river and through the ricefields filled with lilys back to the entrance.

Here you can see a great youtube film about the whole magical experience.

That afternoon we left Hpa-an on the next type of transport: a faster and bigger wooden boat that would take us downstream on the Salween river to Mawlamyine in around 3 hours. 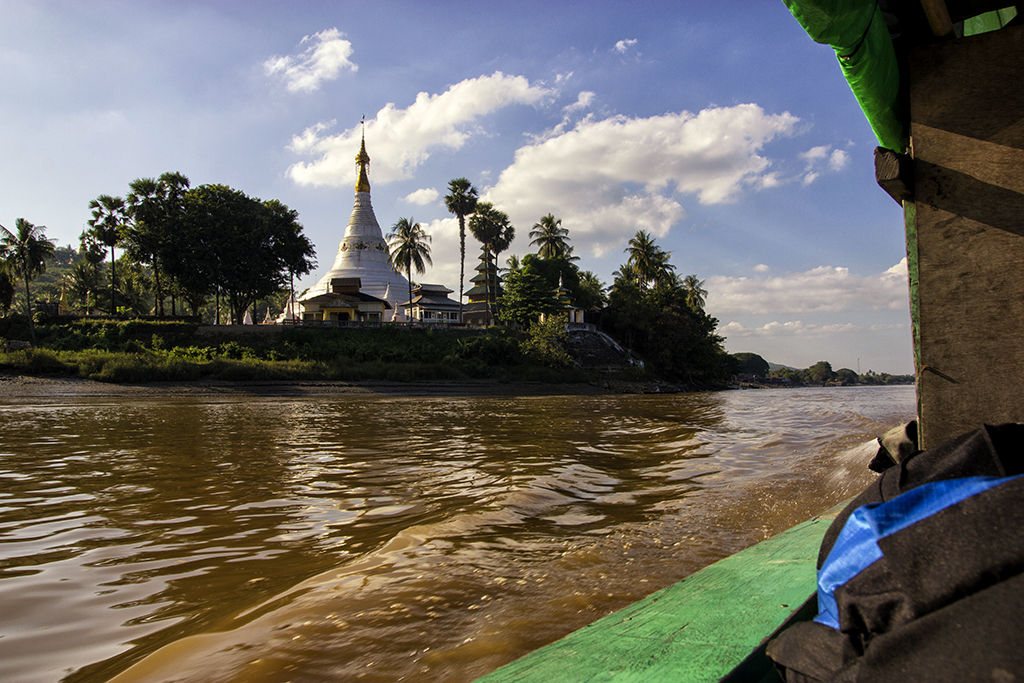 Mawlamyine, also Moulmein, was the first capital of British Burma because of its great location on the Andaman sea and at the Salween river delta and is a charming colonial coastal town.
We got off the boat and went to the only backpackers accommodation in an old colonial building which had a dormitory, small windowless rooms, but also one of the most beautiful rooms I ever slept in with views over the sea, a huge ceiling and countless windows on all sides.

After strolling around town and meeting the friendly people we were invited into one of their homes for a Burmese porridge which we shared together (a couple of houses down the left on this photo).

(taken with my friend´s Fujifilm finepix)

…and we ended up on the boulevard where we met up with almost all tourists in town (around 10!) to join the local feast of streetfood that happened there every night. Because we had way too much fun the whole group missed the guesthouse curfew of 11 o´clock(!?!), but the owner opened up, although a little grumpy.

Next day was spent seeing some of the sights around town, like the hilltop temple overlooking the whole town and area, before another sunset drink in great company.

A nightbus took us back to Yangon for the last 24 hours where we filled our day with the stuff we did when we arrived there a week ago, but what felt like much more…

I can recommend everyone to take a different route than the already well-travelled one in Myanmar and experience a country that almost stood still for 50 years.

As I´m off to my home country tomorrow I want to wish everyone a great end of 2016 and enjoy the festivities with your loved ones!

40 thoughts on “My favorite destination in South East Asia”